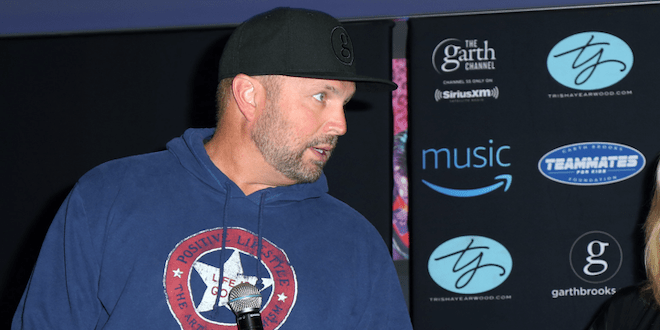 The fans spoke, and Garth listened. New music is here!

Garth Brooks just released two new songs before the release of his “Fun” album. On Garth’s live chat, a fan asked him about the release date of his upcoming album. Garth replied, “Tell you what we’re going to do. We’ll get Amazon Music on the phone. You can stream Garth. Let’s release half the album on Amazon Music.”

The two songs called “Party Gras” and “That’s What Cowboys Do” are available on Amazon Music now, but there’s no release date for his “Fun” album.

Brad Paisley will be getting back together with his band this week for Bud Light Seltzer Sessions: Your Flavor!

Your Show streaming on both Brad’s and Bud Light’s social platforms on Friday (May 15th) at 8p. The last tour date they played together was on March 12th in Canada before touring was stalled due to COVID-19.  It will be a FULL BAND and production show and will feature special guest Lady Antebellum.

Brad said, “I’m anxious to get back with my band, it’s been a long 9 weeks since the last time we played and I love that my friends from Bud Light have invited us to get back together for the Bud Light Seltzer Sessions – with proper social distancing, of course. It’s going to be a fun night of music and fan interaction. So if you want to see our tour – here’s your chance. I can’t wait!”

Bud Light Seltzer Sessions continues Bud Light’s support of the ​American Red Cross​ and the heroes on the front lines. Donations will support all the urgent humanitarian needs of the American Red Cross.

Our summer tour would have hit the road this week, BUT instead we set it all up and we’re bringing it into your house Friday night live on FB, TW & YT along with @ladyantebellum at 9PM EST as part of the @budlight Seltzer Sessions! Send in questions using #SeltzerSessions & We’ll answer them during the show. We can’t wait for Friday! #noiinbeer