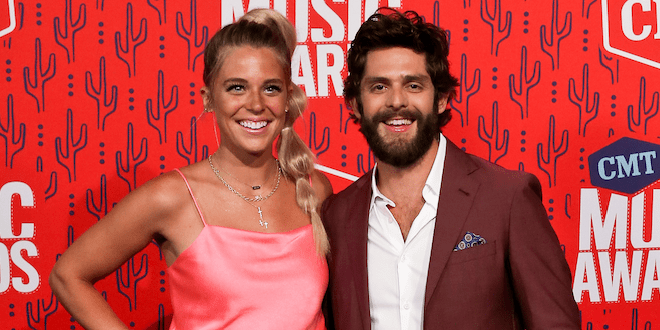 Thomas Rhett and Lauren’s daughter’s are just about as cute as it gets. But recently Willa Gray learned what not to call her dad..

Lauren caught the adorable moment on Instagram. Willa Gray, Ada James and Thomas are playing dress-up at home. All of a sudden, dad gets mad about a mess that had been made. Lauren is filming Willa Gray when it happens and says, “Say uh-oh. Daddy’s not happy..” And what does Willa Gray say? “Uh-oh. The king is not happy!”

Lauren catches her and laughingly tells her not to call him that.

Then Thomas comes out in a red wig chasing the girls around pretending to be Ariel from The Little Mermaid. Lauren says, “Daddy, you are a terrifying Ariel!”

Find the full story and video (so you can actually listen to Willa Gray say what she said) here!

Tim McGraw is as anxious to get back on stage as his fans are to see him, but the global pandemic has left his Here On Earth Summer Tour plans up in the air.

Tim said, “It’s hard to know right now, right? It’s hard to figure out what that’s gonna look like. I mean hopefully it’ll be like it was, where everybody’s crammed in there and having a great time and slingin’ sweat. That’s what we love about going to concerts and playing music, so I miss it. I love playing live, I love playing music, but look — we’re not gonna do anything that doesn’t have everybody’s best interest at heart. I think it’s gotta be as safe as you possibly can be and err on the side of caution, but I also want it to be like it was when we go out. That’s what I want. I mean, that’s what I hope.”