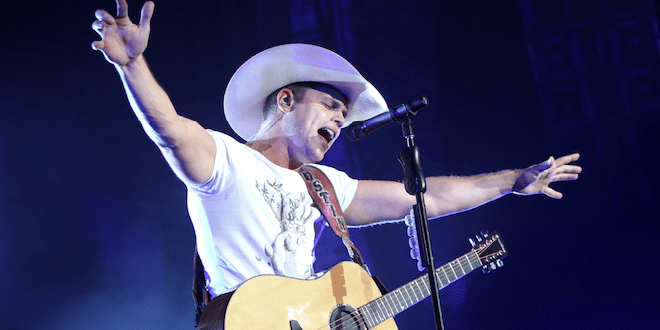 Dustin Lynch has announced a new headlining tour and a new album!

Dustin is returning to his roots for his fourth studio album. Tributing his Tennessee hometown, he’s naming the album Tullahoma. The album is set to be released January 17th.

He said, “I’m very proud of where I’m from, and proud of this record because it will hopefully make my hometown a little more famous than it already is.”

Dustin is also plotting his next headlining tour, called the Stay Country Tour 2020.

The tour will be making a stop in KCMO at the Arvest Bank Theatre at The Midland on February 14th.

The video for Chris Stapleton’s song “Second One To Know” has just been released. And it’s pretty cool..

The video was created in collaboration with The LEGO Group and the Pure Imagination Studios producer/director.

Thousands of hours of work went into the project on storyboards, asset production, animation, lighting, FX and sound and features Chris depicted as a LEGO minifigure alongside dozens of members of his real-life band, family and crew.

Chris and Morgane Stapleton’s Outlaw State of Kind fund will be donating royalties from the video to organizations implementing the LEGO Foundation’s Playful Parenting program, which promotes playful interactions between caregivers and children aged birth to three across the globe.