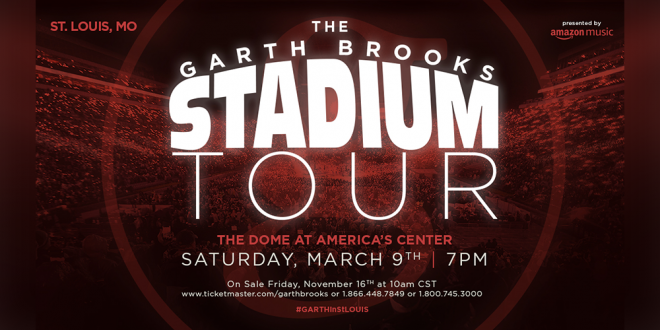 Garth Brooks Is Coming Back To St. Louis | SOLD OUT

Garth Brooks is coming to The Dome at America’s Center in 2019.

WHERE: The Dome at America’s Center, St Louis, MO (Rain or shine)

THE ELECTRIFYING RETURN TO ST. LOUIS OF THE MOST POTENT, EXPLOSIVE FORCE IN AMERICAN MUSIC HISTORY!!!

Garth Brooks has just announced today that St. Louis will be the first city played on his 2019 North American stadium tour.