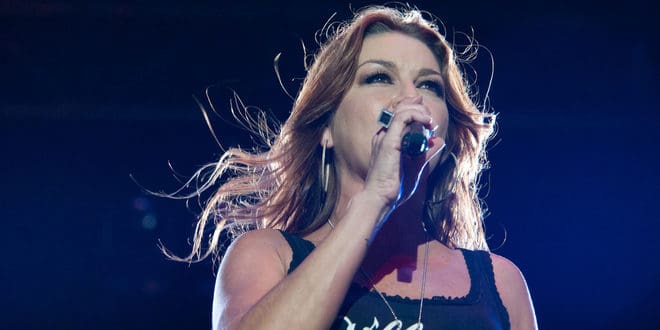 Story Behind The Song: “Redneck Woman”

Surprisingly enough, it was inspired by a “Mississippi Girl” who is married to another country music superstar.

In the early 2000s Gretchen Wilson broke onto the scene with songs that became party anthems. To this date you can’t go to country bar without hearing “Redneck Woman” and “Here For The Party.”

Gretchen recently talked to Taste Of Country about how the iconic song “Redneck Woman” came about, “The day that we wrote ‘Redneck Woman’ was a day that John (Rich) and I were sitting around watching country music videos and Faith Hill’s ‘Breathe’ was on, She’s gorgeous. She looks like a supermodel. She’s rolling around in satin sheets. And that was the inspiration behind ‘Redneck Woman.’ I looked at John and said, ‘This is probably never gonna happen for me because I’ll never look like that, and I’ll never be that. That is just not the kind of woman I am.'”

He looked at me [and asked], ‘Well, what kind of woman are you then?’ And I said, ‘I’m a redneck woman.’ Then he said, ‘What’s the matter with that?’ We, at that moment, decided to be as authentic as we could about that kind of a woman, and I felt like it was a responsibility almost at that point to speak to those girls who felt like me.” – Taste Of Country

Well, it sure worked for Gretchen. “Redneck Woman”, was released in early 2004 and reached the top of the Hot Country Songs charts and No. 22 on the Billboard Hot 100. This song was also the first Number One country hit by a female in two years, and it sold more than 5 million copies.

Previous Scotty’s Poddy: Episode 8 – Some Thoughts On Race & Equality
Next Kansas City Chiefs Will Now Be Heard on 96.7 KCMQ and 104.5 KWOS