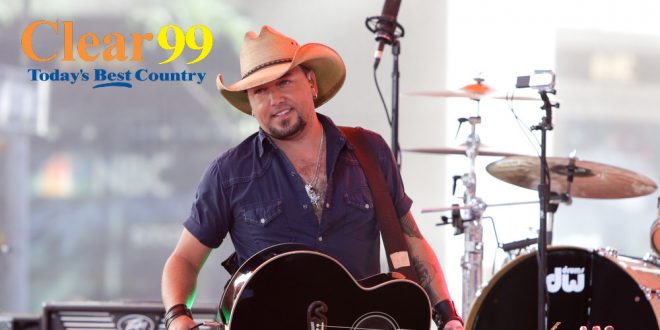 A big congratulations are in order for Jason Aldean who just celebrated a major milestone…his 25th number one hit.

The song, “Blame It On You” has been steadily rising the charts for the past few weeks and finally made it to the top.

The song is special to Jason because two of his band members and close friends co-wrote the song.

“Blame It On You” was a song that I got, it was actually written by a couple of guys in my band, Kurt Alison and Tully Kennedy, my guitar player and bass player. And it was just one of those things that was just really different for the record that I thought we were kind of missing. It kind of reminded me a lot of a song “Girl Like You” that we had where it kind of starts off down and you almost wonder is it going to be a ballad and then the chorus kicks in and it turns into ‘rock & roll’ so it was one that just kind of grabbed me right off the bat and I’m really glad we cut it, glad it’s the new single.”

We can’t wait to hear his 26th career hit!