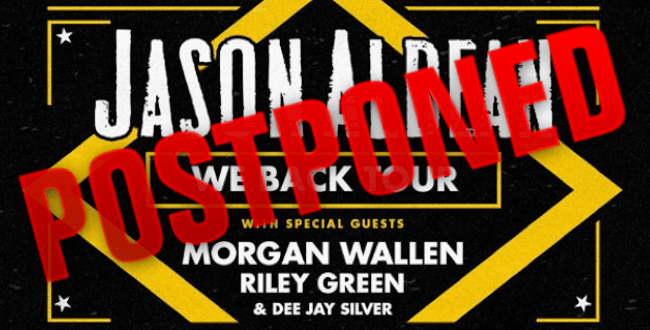 Jason Aldean’s 2020 We Back Tour to Mizzou Arena in Columbia is being postponed until August 7th due to coronavirus concerns.

COLUMBIA, Mo. – Out of an abundance of caution due to public health concerns around the nation, Jason Aldean’s stop of the We Back 2020 Tour, which was scheduled for Friday (March 13) at Mizzou Arena, will be postponed until August 7th. For updates on a potential future date or ticket information, stayed tuned to MizzouGameday.com. This announcement comes in addition to the NCAA, Southeastern Conference and Mizzou Athletics suspending sporting events through the end of March.

Mizzou Athletics is in continued communication with local and national public health officials and reminds everyone to be attentive to everyday preventative actions identified by the Centers for Disease Control and Prevention (www.cdc.gov.). Additional information for the University of Missouri is available at http://mualert.missouri.edu.