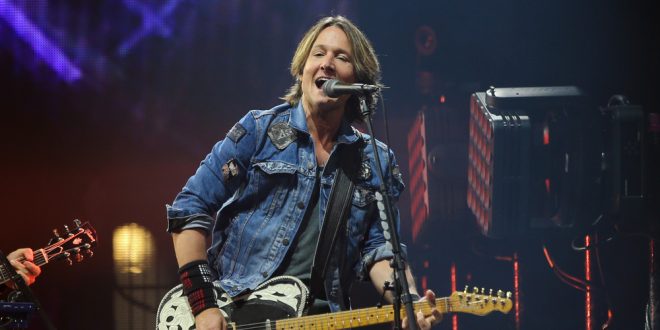 Keith Urban has been fueled by one negative comment he got in his twenties!

“One of my first trips to America when I was about 21, 22, I came to Nashville and wrote some songs, went back to Australia. And I was playing at a country music festival. I’ll never forget it. And this older country artist said to me backstage ‘so where you been?’ I said ‘oh I’ve been in Nashville writing songs.’ And I was like so excited and he looked at me and he said ‘yeah, yeah, you’ve got to get it out of your system don’t ya?’ And I could have punched this guy square in the face. I was so angry at this comment, this kind of condescending, jaded thing that this guy said to me. And I’ve burned on that fuel for so many years.”

His story is similar to the message in his new single, “Wild Hearts.” The song speaks to those who need inspiration and how one negative comment can provide the fuel to achieve a dream.

“Wild Hearts” will likely be included on Keith’s next studio project.

Previous 007 Update: Final “No Time Do Die” Trailer Released
Next Jason and Carrie Release Video for ‘If I Didn’t Love You’