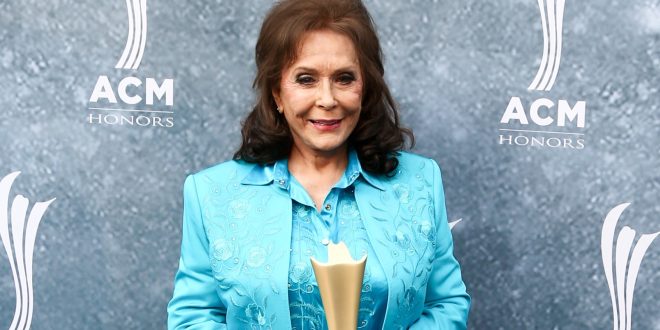 Loretta Lynn Passes Away At 90

The country music legend, Loretta Lynn, has passed away.

According to the Associated Press, Lynn’s family said she died Tuesday at her home in Hurricane Mills, Tennessee.

“Our precious mom, Loretta Lynn, passed away peacefully this morning, October 4th, in her sleep at home in her beloved ranch in Hurricane Mills,” the family said in a statement. They asked for privacy as they grieve and said a memorial will be announced later.

She and her husband, Oliver Lynn, were married nearly 50 years before he died in 1996. They had six children: Betty, Jack, Ernest and Clara, and then twins Patsy and Peggy. She had 17 grandchildren and four step-grandchildren.