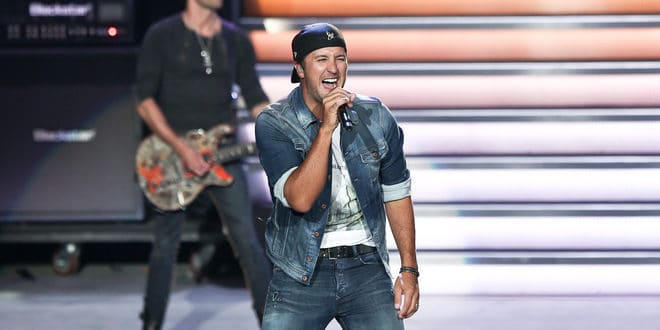 Luke Bryan has a new song out now called “One Margarita,” which has a fun beach-party type vibe. He took the opportunity over Cinco De Mayo to create a remix version of it for his mom. 🙂

The original video for “One Margarita” was shot in Mexico during his most recent Crash My Playa concert event.

It was a fun video even before the Cinco De Mayo remix, but replacing Luke’s face with his mom’s (LeClaire) face turns it into an instant “LOL.”

Luke used a service called Jib Jab to produce the video, which is easy and simple to use. If you want to have a little fun with the app and create your own music video to “One Margarita,” then click HERE.

Below Luke’s video I had a little fun creating a video of my own using the face of a Clear 99 on-air personality.

You guys know I had to get @leclaire.bryan in on this #OneMargarita @jibjab fun. Hope your #CincodeMayo is off to a good start.

Click HERE  to see a member of the Clear 99 staff make a cameo in Luke’s video.