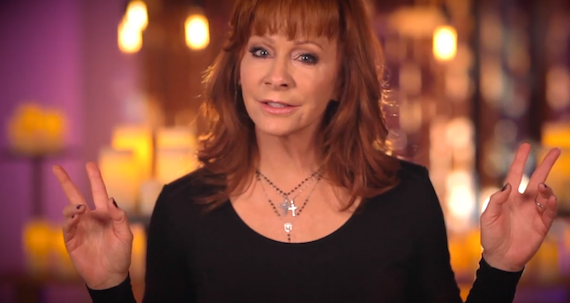 Reba told no one she was going to be in the new movie, Barb & Star, and fans were pleasantly surprised.

She plays a supernatural sea goddess named Trish. “I know you’re going to be surprised, but this is the first time I’ve ever played a sea spirit.”

Barb & Star’s actresses Kristen Wiig and Annie Mumolo reportedly had Reba specifically in mind when they wrote the part.

If you haven’t seen the movie yet, check out the trailer below.