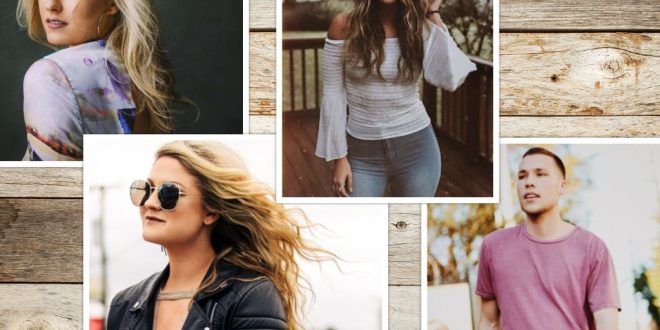 Some artists that have caught my ear in the last few months, maybe they’ll catch yours, too. Here’s a few to check out this month!

A 23-year old native from Muscle Shoals, Alabama, describes her sound as the trifecta of Country, Soul and Adult Pop. Possessing a warm, soulful voice and a sassy, but sweet Southern spirit that makes her instantly feel like a longtime friend, Wammack is poised to be country music’s next breakout artist. Wammack’s debut EP, Rachel Wammack, was released on April 6, 2018. Check out this live version of her single, “Damage”. SO good!

Hailing from the small farming community of Baskin, La., country music newcomer Lainey Wilson has as much grit in her as she does soul. She moved to Nashville in a bumper-pull camper trailer to pursue a career in music and has been carving her own unique place in the country music landscape ever since. A natural-born storyteller, Wilson has quickly established herself as an in-demand songwriter on Music Row as part of powerhouse publisher Sony/ATV, landing cuts with chart-topping country artist Luke Combs and fellow rising country artist Kasey Tyndall, and independently releasing her own self-titled EP in April 2018. Wilson landed a record deal in 2018 and is currently in the studio working on new material for her debut with Broken Bow Records (Jason Aldean, Dustin Lynch and Chase Rise).

She credits Trisha Yearwood, Martina McBride, Faith Hill, and Lee Ann Womack among her biggest influences – mixed with a healthy dose of southern rock education. In 2012, Faren moved to Nashville & never looked back. She signed her first publishing deal a few years later & eventually got to work on her debut EP. In November of 2017 she released her self titled EP, Faren Rachels & joined Luke Combs on his fall tour. She reminds me of Gretchen Wilson with her firecracker personality and I love it! You may see a bit of what I mean in her Q & A video, below.

The 24 year old is out on the road right now opening for Kelsea Ballerini and Brett Young on the ‘Miss Me More’ tour! At the age of 20, he decided to turn down a publishing deal and work on his craft. Music styling drawn from country, R&B and classic rock to Ratcliff’s personal inspirations such as Stevie Wonder and John Mayer. He is currently signed to Monument Records (a division of Sony). Check out his debut single, “Rules of Breaking Up”, below!