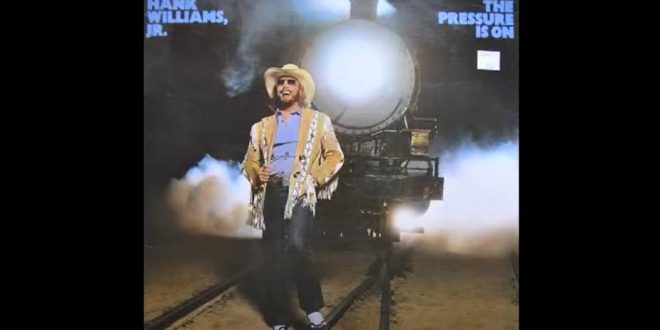 Scotty Looks Back At Hank Williams Jr.’s “The Pressure Is On”

I hadn’t listened to my all-time favorite Hank album in a while.

Over the years, I’ve listened to a lot of Hank Jr. music.  You see, as a younger man I may…MAY, have had a Hank Jr. man crush… 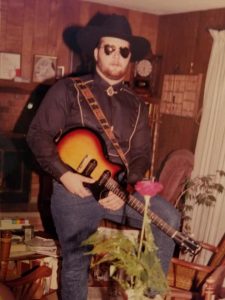 When we started giving away tickets to see Hank at the Missouri State Fair, the songs from “The Pressure Is On” started running through my head again.  I’ve had lots of Hank albums, cassettes and CD’s over the years but this was always my favorite, and it had been YEARS since I’d heard it.

So I downloaded it, and I think I still know every word to every song. 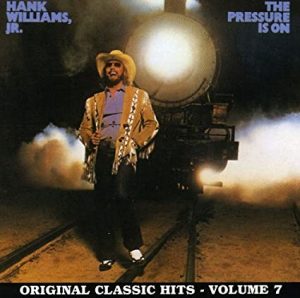 Here’s some of my highlights…

“A Country Boy Can Survive” & “All My Rowdy Friends (Have Settled Down)” – Standards, ’nuff said.

“The Coalition To Ban Coalitions” – A 1981 example of Hank being politically incorrect.  Seems mild in 2021.  Just Hank pushing back on busy-bodies trying to get rid of the things we love, including “…that Oscar-winning Rabbit Bugs Bunny!”

“Tennessee Stud” – A classic about a man and his horse.  I didn’t realize it in ’81 but it was a big hit for Country legend Eddy Arnold in the 50’s, but many others have covered it including Johnny Cash.

“Ramblin’ In My Shoes” (featuring Boxcar Willie) – A fun Dixieland Jazzish tune with great horns.  Boxcar Willie was a character of the 80’s that made it big selling albums on TV back when that was a thing. (See also Slim Whitman!)  But at the time he was kind-of-a big deal.

“The Pressure Is On” – Hank at his bluesy best, so good.

“Ballad Of Hank Williams” (featuring Don Helms) – A hilarious, 3-minute Hank Sr. history lesson.  Helms used to work for Sr., and as we find out at the end of the song, Jr. too.  The theme of the song is that Sr. made a lot of money, spent a lot of money, and fired a lot of people.

It’s definitely one of my “5 albums you’d take if you had to go to a deserted island”.  And now I’ll have it forever.  Or until I get a new phone, whichever comes first.