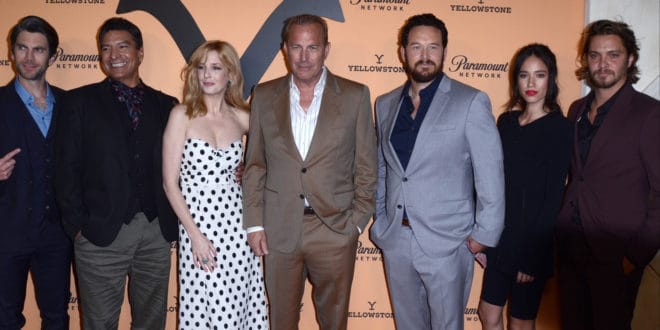 Scotty Loves Him Some Kevin Costner

In honor of the return of Yellowstone this weekend, I made a list of my top 5 Costner things.

First of all I heartily recommend Yellowstone on the Paramount Network, season 3 starts this weekend.  I call it “The Sopranos in Montana“.

My top 5 Costner list is a bit of a mixed bag.  There’s movies, mini-series and a song.  Let’s begin.

This western from 1985 was before he was a big star and for me, in a movie with a LOT of really good actors, he steals the show.

In this period piece he plays the legendary Eliot Ness, the man who brought down Al Capone.  He doesn’t steal the show, few shows have ever been stolen from Robert De Niro or Sean Connery, but I love the movie.

This is a song from his movie Swing Vote.  It’s a movie about what would happen if because of some really way-out there circumstances, a Presidential election came down to one man’s vote.  In 2008 it seemed preposterous, but in 2020…who knows!

Anyway, his character in the movie has a band and they sing this song.  I’ve got it on my phone and listen to it a lot on bike rides.  I also remember Costner and his band Modern West selling out The Blue Note a few years back.

And if you pay attention to the Nascar-themed video toward the end, you see a quick clip of Carl Edwards’ Mom and then Carl starting a back-flip.

A legendary story, and a really good mini-series.

On a pretty impressive list of sports movies (Field of Dreams, Bull Durham, For The Love Of The Game, etc.) this is easily my fav.  And Roy McAvoy is one of my favorite fictional characters of all time.

Honorable mentions – “No Way Out”, “The Highwaymen”, and “The Bodyguard”.