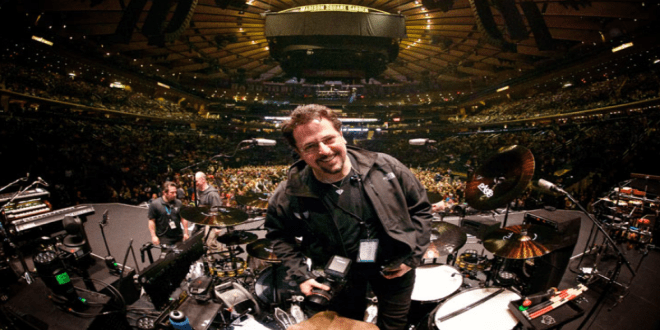 Here’s a really cool opportunity for an aspiring photographer, or someone who is looking for a bucket-list type experience!

UPDATE: This is SOLD OUT.

SHOOT FROM THE PIT

“David is not only one of the finest photographers we’ve ever worked with, but he’s the kind of guy you can be comfortable hanging around with in any environment. At the end of the day, the work speaks for itself. His photos are a work of art.” — Jon Bon Jovi

Info About The Program:

Photographers who’ve dreamed of shooting a live concert from the photo pit can now have this once-in-a-lifetime experience during an actual arena tour, while learning from one of the best concert shooters in the business, when renowned tour photographer DAVID BERGMAN arrives in local arenas across the country on his latest concert tour assignment.

Best known for his world travels as Bon Jovi’s official tour photographer for nearly a decade, Bergman is offering this unique experience to just five people in every city who sign up for his new SHOOT FROM THE PIT live concert workshop on the Luke Combs “Beer Never Broke My Heart” arena tour. Bergman’s work has been published on album covers, billboards, and in nearly every major magazine. In addition to Bon Jovi, Bergman has made portraits of artists including 50 Cent, Jared Leto, and Pete Wentz, and has shot tour photos for Sarah McLachlan, Barenaked Ladies, Avril Lavigne, and Gloria Estefan.

The first five people who register for SHOOT FROM THE PIT will have the rare opportunity to spend a full day living the life of a working tour photographer, while learning the “tricks of the trade” that Bergman has picked up during his 25+ years as a working professional photographer. They will shoot the show that evening from unique locations around the venue, including inside the photo pit, where their hands will touch the stage, and they can feel the power of 15,000 screaming fans behind them.

“There’s no feeling in the world like photographing a live performance from the foot of the stage, in front of the first row,” says Bergman. “I get emails from photographers of all skill levels who want to be in the photo pit at a big arena concert. That opportunity has rarely existed for anyone except the official tour photographer, until now. I’ll teach you proper photo
techniques and etiquette for working a show, and you’ll have the whole night to make awesome pictures that you can be proud of.”

The day starts at 2pm, where they meet up with Bergman backstage at the arena. While the crew is setting up for that night’s show, Bergman will teach the photographers everything they need to know about concert photography, including proper photo gear, nailing exposures in changing lighting conditions, the photo business, setting up remote cameras, how to work with
the crew and celebrities, and so much more.

They will also get a peek at the tour buses and scout the venue to make a plan for that evening’s shoot. Right before the show, they’ll eat dinner with the crew at backstage catering, and when the music starts, head out to the pit to start shooting, side by side with Bergman, constantly on the prowl for unique angles that no one else can get. And of course, they’ll go home with lots of
powerful images and an experience they’ll never forget.

To register and learn more, go to www.shootfromthepit.com.

There are only five spots per concert, and they will go quickly. Don’t miss out on your opportunity to “SHOOT FROM THE PIT!”

SHOOT FROM THE PIT workshops will be held along the 2020 Luke Combs tour in the following cities:

Previous The Future Of Lucky’s Market May Be In Doubt
Next Guide to NHL All-Star Weekend in St. Louis