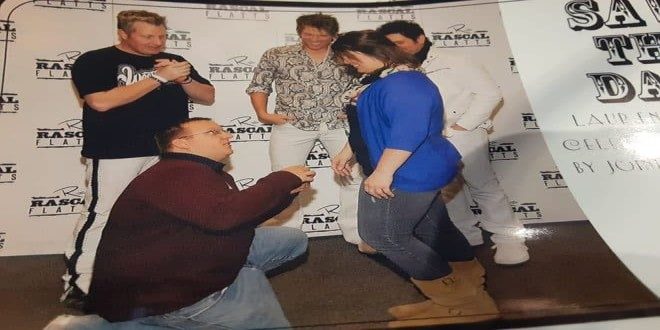 That Time I Proposed in Front of Rascal Flatts

Boy, was that a nerve-wracking night…

I had waited seven years to propose. My soon-to-be-in-laws asked me every year, “Are you gonna ask Lauren this year?” Finally, the perfect opportunity presented itself. My wife Lauren and I are both big fans of Rascal Flatts, so when they announced their show at Mizzou Arena on January 19th, 2012, it hit me. I was going to propose to the girl I loved in front of a band that she loved!

I was so nervous waiting in the meet n’ greet line! I had about 2,347 things running through my mind. So many things in fact, that when it was our turn to take a picture, I forgot to even introduce myself to them. I’m pretty sure I blacked out at some point and remember saying something like, “I love you, and always have…will you marry me?” Thankfully, she said “Yes!” and that’s when Gary LeVox turned to us and said, “Jay is an ordained minister, he can marry y’all right now!” I politely declined and told him that my mother-in-law probably wouldn’t approve…although THAT would’ve made our story even better.

That night lands on the list of Top 5 Most Memorable Moments in the Life of Josh Ryan. And, Rascal Flatts couldn’t have treated us any better. They were three of the sweetest, most genuine people we’d ever met. Gary even found Lauren and I in the crowd later that night, pointed right at us, and gave us a big grin – he remembered that moment, and it’s one my wife and I will never forget! 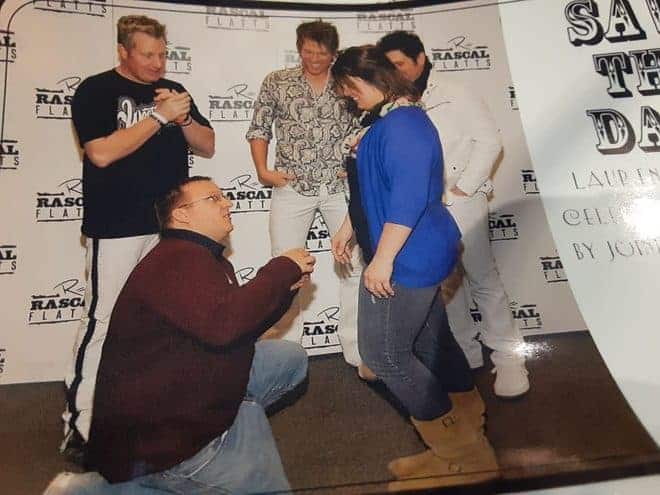