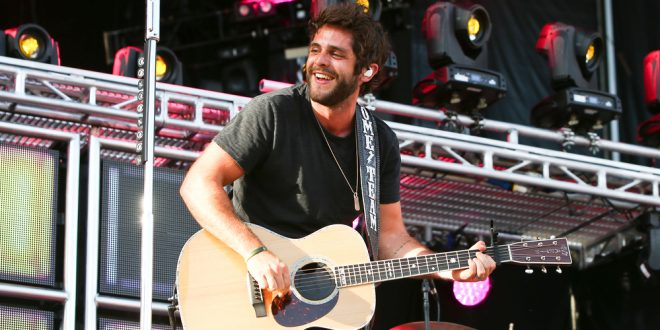 While most gals would swoon over being serenaded by Thomas Rhett, apparently his three daughters are less than impressed.

Thomas just shared an adorable video of him singing to 18-month-old daughter Lennon, who barely paid attention, walking around and just doing her own thing. She was even more interested in the camera than him.

And it’s not just Lennon. Thomas shared another video of him serenading Willa and Ada, and while Ada seems to be into it, Willa doesn’t even lift her head from her tablet. He captioned that one, “Praying that crowds are more enthusiastic than this this summer 😂 #thingsdadsdo.”