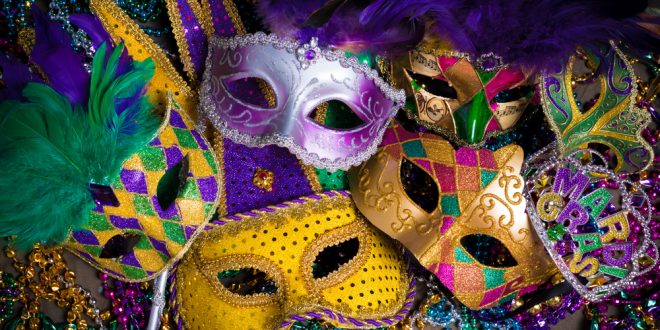 This year, February 16th is Fat Tuesday! Mardi Gras or Fat Tuesday, refers to events of the Carnival celebration, beginning on or after the Christian feasts of the Epiphany (Three Kings Day) and culminating on the day before Ash Wednesday (which is known as Shrove Tuesday).

Mardi Gras is French for “Fat Tuesday,” which reflects the practice of the last night of eating rich, fatty foods before the ritual Lenten sacrifices and fasting of the Lenten season. Like what? Depending on where you’re from, the fried foods traditionally eaten on Fat Tuesday range from the sweet – like doughnuts and King Cake – to the savory – like fried Po’Boys. In the UK, Fat Tuesday is Pancake Day, and in Poland, it’s Paczki [[PUNCH-kee]] Day – which refers to the jelly-filled doughnuts they eat.

The celebration of Mardi Gras/Fat Tuesday dates back to an ancient Roman festival honoring the the pagan festivals celebrating Lupercalia and Saturnalia, which honor the martyred saint and the God Saturn, respectively. As with other similar holidays, the Christian Church slowly co-opted pagan celebrations and over the years, the “godly” version became the focus. So tomorrow, we’ll have reverence and sacrifice, but for today? Laissez les bon temps rouler… (aka Let the good times roll!)!