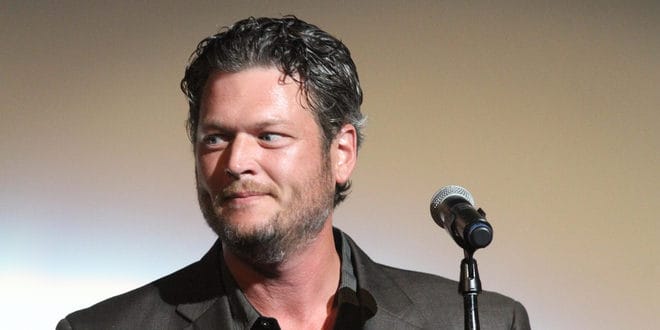 I’ve witnessed fans giving artists gifts during a show or while at a meet and greet, but I’ve never seen anything like this before.

Blake Shelton, like many artists, has a legion of adoring fans. Fans who sometimes will give him gifts to show their appreciation.

Understandably, it can be a lot when you’re walking off stage and people are just handing you stuff. So sometimes he doesn’t have the chance to notice what he’s being handed. Possibly it’s a stuffed animal, or a picture, or flowers… or possibly it’s a random brown paper sack that has a LIVE IGUANA in it! 🙂

I probably would’ve needed a fresh change of clothes after that one.

Blake says he got back stage and opened it, and then “screamed like a little girl” when the animal launched itself from the sack and landed on his shirt.

I imagine these days with The Voice fame he has “people” to take care of this for him.