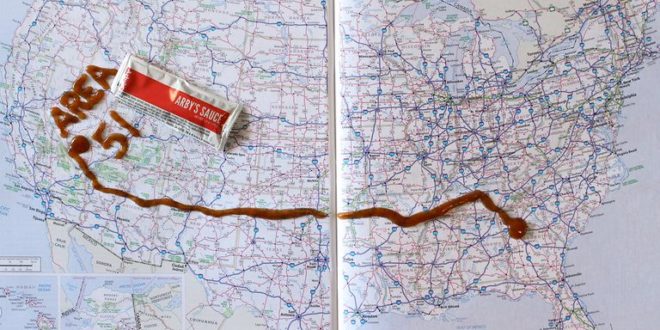 If you’ve been paying attention to social media at all, you know that there’s a HUGE event planned to Storm Area 51. According to Facebook, almost 2 million folks have RSVP’d to this event in September.

You can’t possibly invade on an empty stomach, at least, no if Arby’s has any say in the matter.

The meat-heavy fast food brand announced they’d be bringing a special menu “inspired by the aliens themselves” to the September 20 event via the brand’s food truck, aptly named the “Roadside Meathouse.”

In the most Arby’s statement ever, Arby’s Chief Marketing Officer Jim Taylor said this:

We can’t confirm if there are aliens at Area 51. But, if they do show up, they deserve the best meats on Earth. If not, Arby’s will still be there serving the planet’s best meats to everyone else attending this historic event.

You know who could have already confirmed the aliens? The Simpsons.

Has that show lied to us yet?

There are talks that this even will actually be turned into a music festival with  EDM and Indie-Rock artists. Alien’s or not.

Either way, if you show up, you’re going to get to enjoy “The Meats”.