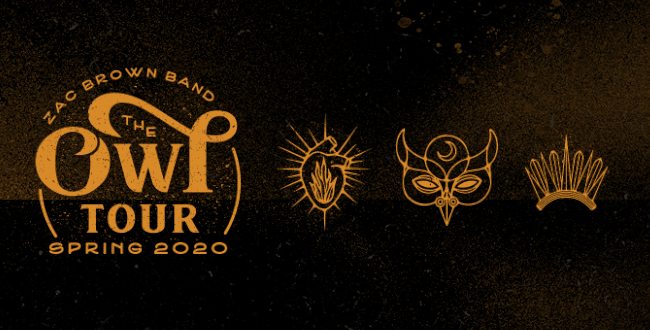 Zac Brown Band is postponing the spring leg of “The Owl Tour” which includes their concert in St. Louis this Thursday night.

“Out of caution and due to increasing public health concerns, Zac Brown Band is postponing the spring 2020 leg of “The Owl Tour.” This was an extremely difficult decision, but the well-being of our fans is always our top priority. Rescheduled dates for all spring shows (through Nashville on April 25) will be announced soon. We ask that our fans retain their tickets as they will be honored on the new dates. At this time, our “Roar With The Lions” Summer 2020 tour dates (commencing in May) will be performed as planned. Thank you for your understanding.”

Zac Brown Band kicked off their 2020 The Owl Tour back in February and has already played 5 dates this year. Their next scheduled date was suppose to be on Thursday, March 12th at Enterprise Center in downtown St. Louis but that show and a dozen others will be rescheduled for a later date.

The decision to postpone dates for Zac Brown Band’s The Owl Tour is due to the spread of COVID-19, known as coronavirus. ZBB is the first country group to cancel concert dates in the U.S. because of the spread of the virus.

Zac Brown Band is suppose to launch their 2020 Roar With the Lions Tour on May 24th in Gilford, New Hampshire.