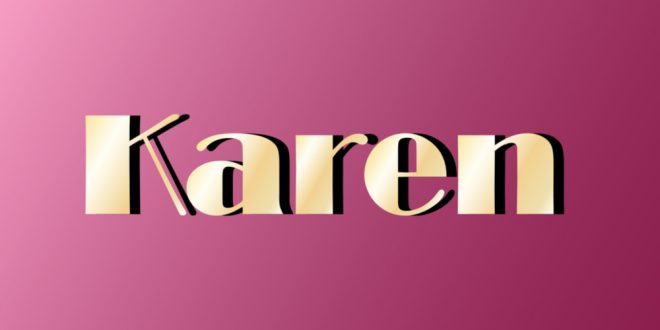 First of all, let us state that we love all of our listeners named “Karen.”But the name has taken some hits over the last few years and suddenly people with that name find the name being used in hundreds of memes across social media.

In fact, the definition from urban dictionary of what a “Karen” reads: “Middle-aged woman, typically blonde, makes solutions to others’ problems an inconvenience to her although she isn’t even remotely affected. The most common phrase that comes out of Karen’s mouth is “let me speak to your manager” and she usually has a haircut that resembles Kate Gosselin from her ‘Kate Plus 8′ Days.”

This association with the name has apparently caused the creation of a support group for those named Karen. Caren Robinson of Grand Rapids, Michigan started a support group for other Karens called “Karens for the Community” on Facebook. Her goal is to bring positivity to the name. She said the idea came to her after she was out to eat and she did in fact ask for the manager and then her son accused her of being a “Karen.”

Currently, the community lives on Facebook as a private group and all spelling variations of Karen’s are welcome. The objective of the group is to build empowerment for those who support and look out for their community, even if does involve having to ask for a manager. The description from Facebook says: “In this group, we are NOT the ‘Karen’s’ of the world that seeks to lie, cause divisiveness, or perpetuate hate against our fellow human beings due to any differences we may have.”