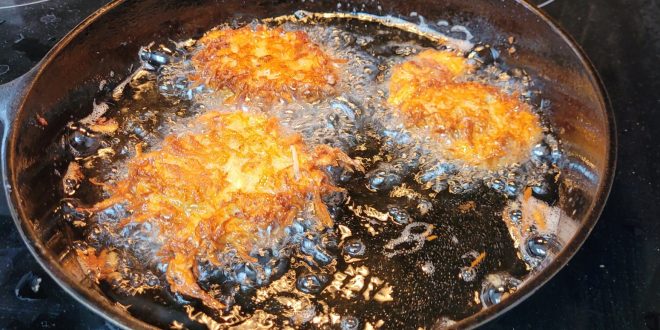 It was a listener suggestion, so I gave it a go this weekend! – Scotty

A few weeks ago we were talking about how I wanted to cook more with my grandmother’s cast iron skillet.  As usual, Clear Country had some great ideas and potato pancakes was one of them.  They turned out delicious!

This is the basic recipe I used, and it was pretty simple.  Most of it is probably stuff you’ve already got in your pantry & fridge…

A couple of thoughts…

Anyway, give it a shot and let us know what you thought.  Liz & I already have our next cast iron dish picked out, and we are SUPER excited to try it…stay tuned!