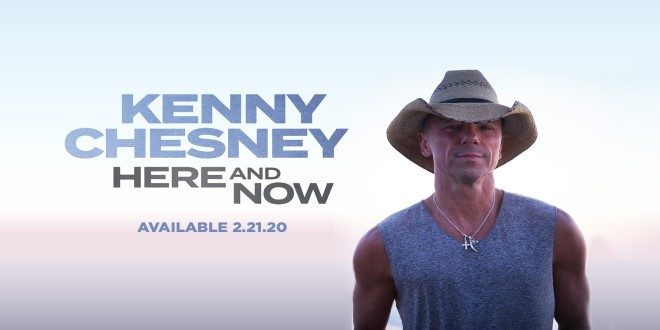 Kenny Chesney has announced his next single, which will be called “Here and Now.” The song is expected to drop on Feb. 21.

“No Shoes Nation are the most passionate people I’ve ever seen,” Kenny says. “When I started listening to songs, even before Songs for the Saints came together, I was thinking about how incredible they sounded on Live From No Shoes Nation; about all the stories people tell me about what the songs mean to them, how they’ve been part of their lives. It makes you want to really write, find and record stuff that measures up to that.”

Kenny has not announced an album at this time, but he’s definitely been hinting about it on his socials.

Chesney starts his 2020 Chillaxification Tour at AT&T Stadium in Arlington, Texas, which will make stops in St. Louis and Kansas City this Summer.