It was the year 2000 and we were fresh off of the Y2K scare. It was also the year Scotty from Scotty and Catryna in the morning started on Clear 99!

We’ll say some things right now that we know Scotty would never say himself…  So we’ll toot his horn for him. 🙂

Just a few of Scotty’s accomplishments

More important than any award or personal recognition, Scotty helps us get through the rough days, starts our mornings with a smile, and is part of this community. In short, he’s the face/voice of Clear 99.

We love you Scotty!

Feel free to contribute your “favorite Scotty moment” in the comment section below.

Some of Scotty’s co-hosts had a special message for Scotty on this big occasion. 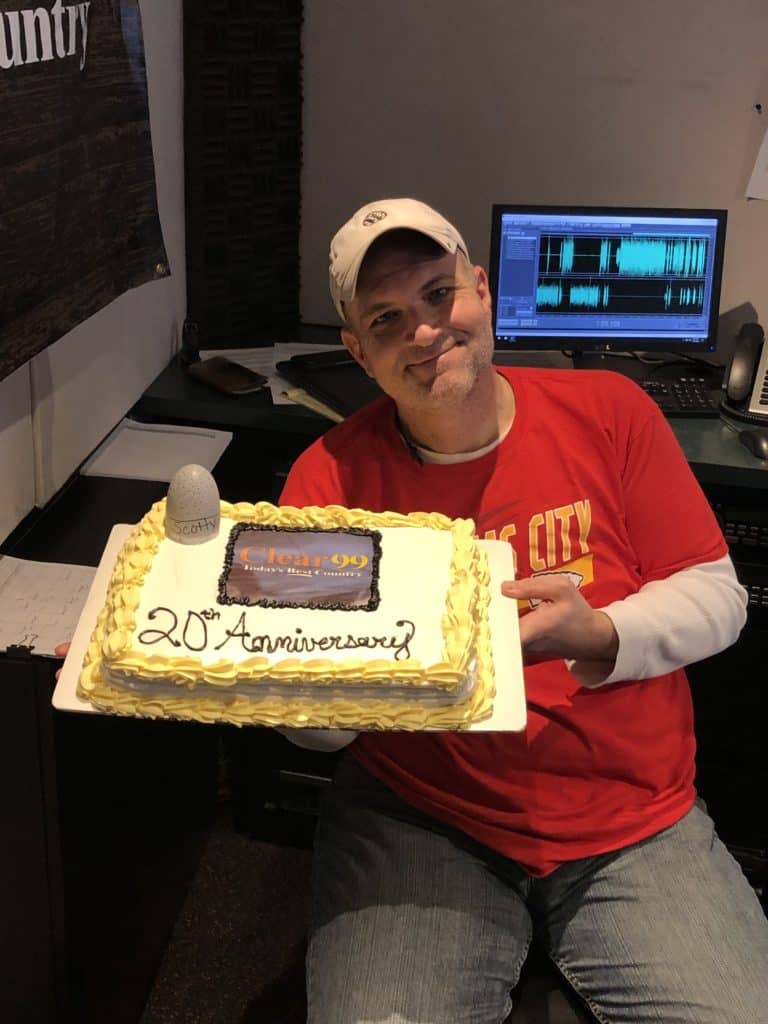